In a world of diversity and tough competition, one cannot underestimate the value of a brand; especially a successful one. As new so-called “traditional” trademarks (usually word, figurative marks or logos) are facing more collision with existing ones, it is not surprising that manufacturers are coming up with more innovative approaches and non-traditional solutions to distinguish their products/services.

On the other hand, it is very important for companies and individuals to protect their ideas to the maximum extent,  leading them to trademark their ideas whenever possible with traditional designations, generally known as word, figurative or logo trademarks.

The worldwide trademark practice is witnessing more and more forward-thinking approaches in the field of examination and registration of NTMs particularly in the United States, which is at the forefront in registration of such marks. The European Union is also moving dynamically towards a more advanced approach in the examination and acceptance of such trademarks.

In considering the CIS countries – Russia, Ukraine, Kazakhstan, Belarus, Moldova, Uzbekistan, Tajikistan, Turkmenistan, Azerbaijan, Georgia, Armenia and Kyrgyzstan – Russia and Ukraine are the two main states that can boast of quite a considerable amount of NTMs, while some of the other listed countries still have not made provision for the relevant legalities, and do not yet accept these types of marks– Kyrgyzstan and Turkmenistan (have newly amended laws), while Azerbaijan makes a few exceptions.

In registering NTMs in most CIS jurisdictions, of what can be registered as a trademark is defined by law as follows:

Word, figurative, three-dimensional, and other signs or combinations thereof may be registered as trademarks.

A trademark may be registered in any color or color combination.

The most recognizable trademarks are usually wordmarks or logos also known as traditional trademarks. However, so-called non-traditional marks, i.e shapes, colors, sounds, motions, scents, and even tastes, may achieve protection as well.

Let’s take a look at what in fact may be registered as a non-traditional trademark in Russia, Ukraine, Kazakhstan, Belarus, Moldova, Uzbekistan, Tajikistan, Georgia, Armenia, and Azerbaijan: 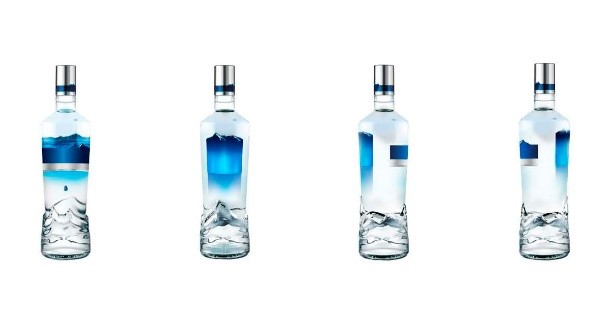 in class 33 in the name of VP Brands international SA, Bulgaria

According to the local trademark law and rules of trademark examination, this type of mark must be non-functional in order to be granted protection. 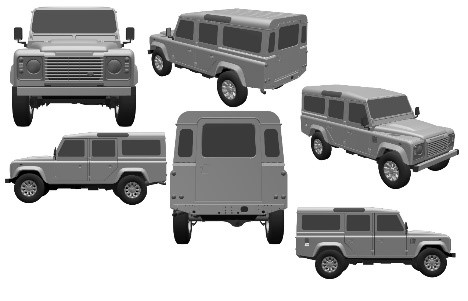 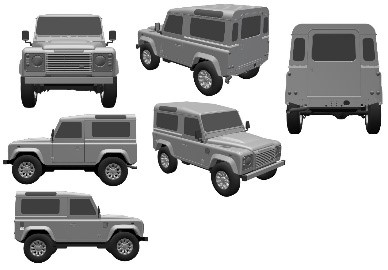 in classes 12, 28 and 37 in the name of Jaguar Land Rover (UK) have recently been granted protection in Ukraine, though the registration procedure was not smooth, facing challenges from the Ukrainian PTO alongside third party opposition. 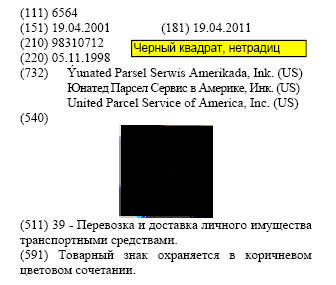 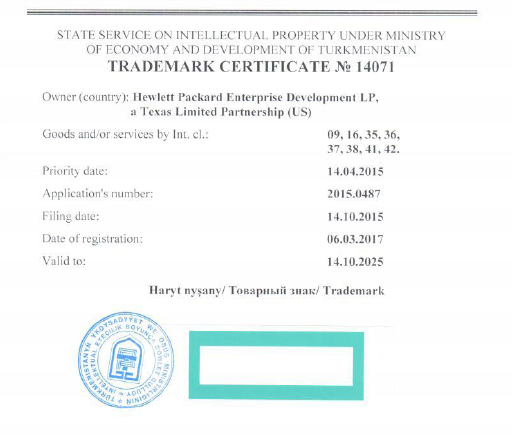 New applications for NTMs are not accepted in Turkmenistan under the newly amended law as of June 2019.

Trademark register does not permit listening to the audio

in classes 07, 16, 37, 39, 40, 41, 42 in the name of BP BLISTER PACK d.o.o., Slovenia was refused because no sound recording on a compact disk was provided to the Russian Trademark and Patent Office. Subsequently, protection was granted once a disk with the sound and description of the mark along with the response to the provisional refusal was filed. 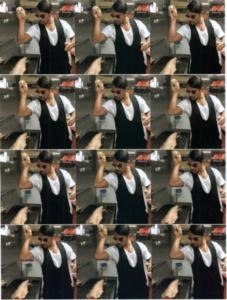 The claimed designation is a motion mark, consisting of a sequence of changing images of a cook, a young man in black and white clothes and dark glasses, reproduced in a dancing movement with an expressive gesture of the hand turning the forearm and sprinkling spices on a culinary product.

The Russian examination raised only one objection, which was to the misleading character of the mark, applied in the name of the company but not in the name of Nusret Gökçe ([nusˈɾet ɟøcˈtʃe], born in 1983), nicknamed Salt Bae, a Turkish butcher, chef, and restaurateur, and owner of Nusr-Et, a chain of steak houses. His technique for preparing and seasoning meat became an Internet meme. This objection was easily overcome by providing the necessary documents.

in class 25 in the name of Adidas AG

The mark consists of three parallel stripes; the outline of the trousers only serves to show how the trademark is applied to trousers; the stripes are along the side of the trouser legs, and can extend along the full length of the leg or a part thereof (being more than one third) and they contrast with the background colour of the trousers. The stripes can be dark on a light coloured background or light on a dark coloured background; the trademark is not limited to trousers with long legs; when applied to shorts, the stripes extend along the whole or a part (being more than one third) of the leg of the shorts.

in class 25 in the name of Adidas AG 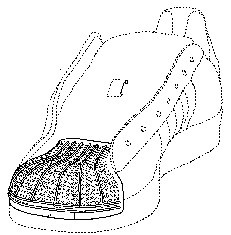 in class 25 in the name of Adidas AG in Ukraine

The mark consists of a specific toe element at the front part of a shoe; this element consists of a (rubber) cap device which includes 6 ribs over the surface of the toe and a pattern of x’s between the ribs; the dashed dark lines are not a part of the mark but are defining the position of the mark on the product.

Hologram marks, Scent marks, Touch marks are also eligible for registration in the aforementioned jurisdictions. However, we haven’t yet encountered them in our practice.

With new technologies and further digitalization of all spheres of human activities, we’re witnessing more and more developments in creation of brands as well as in the practice of examination of non-traditional marks.

However, unfortunately in the CIS region, there are still jurisdictions with Intellectual Property Offices that are lacking in the technical means and opportunities to accept and examine such applications.

What is the future of NTMs? Will they overwhelm traditional ones someday?  How to define the exact scope of rights offered after protection is granted for such a mark? Are NTMs eligible to be recorded in the Customs Register and is this efficient to prevent the counterfeiting efforts for such marks? These and many other questions still need to be addressed and in some jurisdictions, practice is at the inception stage of being shaped and we’re happy to witness developments in this unique and fascinating aspect of trademark protection.